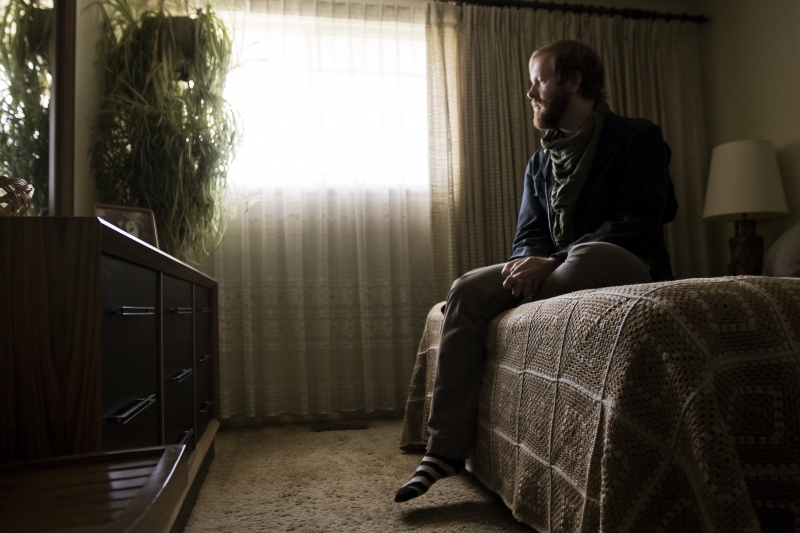 Diamonds from Calgary, Canada, who've been getting 5-star reviews for their new album - a treasure trove of exquisite alt.country and folk-inspired chamber-pop drawing comparisons with SUFJAN STEVENS, SIMON & GARFUNKEL and CALEXICO. And wait, there's an ABBA connection too...

Woodpigeon are an 8-piece from Calgary, Canada, who we reckon will be remembered as one of the great bands of the Noughties, and thereafter. They comprise: Mark Hamilton (vocals, guitar), Kenna Burima (piano, vocals), Michael Gratton (bass), Annalea Sordi (accordion, flute, vocals), Daren Powell (drums), Peter Moersch (electric guitar, vocals), Foon Yap (violin) and AJ Benoit (vocals). To date, the band have released two studio albums, and a number of EPs, to widespread critical acclaim.

The band's sound has been likened to that of SUFJAN STEVENS, CALEXICO. GRIZZLLY BEAR, CAMERA OBSCURA, SIMON & GARFUNKEL and BELLE & SEBASTIAN. One of band leader Mark Hamilton's lyrical influences is RAY DAVIES of THE KINKS. One of the band's live highlights is a seminal version of ABBA'S Lay All Your Love on Me.

Woodpigeon's origins go back to when Hamilton lived in Edinburgh and his band was known as Woodpigeon Divided By Antelope Equals Squirrel. Well, why not? When he returned to Canada and started afresh as Woodpigeon the current line-up signed up one by one and the band's first full-length album, Songbook, was released in late 2006.

Woodpigeon have opened for BROKEN SOCIAL SCENE, IRON AND WINE, Grizzly Bear, Calexico and THE DEARS and in 2008 toured the UK, Ireland, and Germany. They returned to the UK in early 2009 to tour their critically-acclaimed second album Treasury Library Canada.

"Growing up in Canada, I remember flipping through the pages of those subscriber series of Encyclopedia Canadiana, wildlife picture books, and Disney collector storybook sets available at grocery stores and through mail order," says Mark Hamilton. "I always begged my parents to subscribe, to get the monthly instalments mailed directly to our house. I'd wait what felt like ages between issues - all read cover-to-cover upon arrival, of course, tossed onto the shelf and forgotten in the wait for the next package to arrive.

"Diving back into those books as an adult and re-discovering just what waits inside behind dusty covers prompted the line of thinking behind the development of the songs on Treasury Library Canada. I didn't want these songs to be forgotten, to end up on the shelf collecting dust. While a lot of them were written around the same time that we were working on our first record Songbook, they didn't fit the overall story and feel, that I was going for with that record. But something kept them all together - a story started to emerge between the songs when left to their own devices."

"We hit garage doors with drumsticks and test-ran every mellotron sound we could find. We chased new sounds and structures, throwing away entire arrangements to try it from another angle to see what would happen. As time went on into the recording, Treasury Library Canada felt more and more like a continuation of the diary composed on Songbook, but where Songbook told the story of my time living overseas - from happy arrival to admittedly bitter departure - Treasury Library Canada compiles the sounds of struggling with place."

We throw a lot of words around these days - everyone cusses; it seems saying "I love you" gets easier for folks all the time but I'm always careful with the words I choose. "Love" only goes to those who deserve it. "Hope" never really dies, no matter how bad things may seem. And "home," above all else, is only used correctly when it describes the place you're meant to be. I've written a lot of songs attempting to figure that out for myself since moving back to Canada, re-experiencing our winters, driving across our vast expanses of prairie. Treasury Library Canada helped me figure out just what the words listed above - and "home" in particular - truly mean to me."

What the Press have said about Woodpigeon's music:

The Sunday Times: "They are bloody marvellous"

The Guardian: "An inspiring meditation on exile and return"

BBC: "That Woodpigeon's winningly under-stated debut can't be easily labelled is just one enticing element in the manifold attractions of this accomplished, quietly intelligent, playful and really rather enchanting debut."

Q: "They are melodic and affecting. Rustic Countryfied charm with an air of spontaneity."

Metro: "this second album reveals the gold within"

The Independent: "moments of magic."

The Observer: "well worth investigating."

Chromewaves: "A perfect balance of grandeur and intimacy, delight and melancholy. Treasury is a left-field gem ... you can't help but fall in love with."