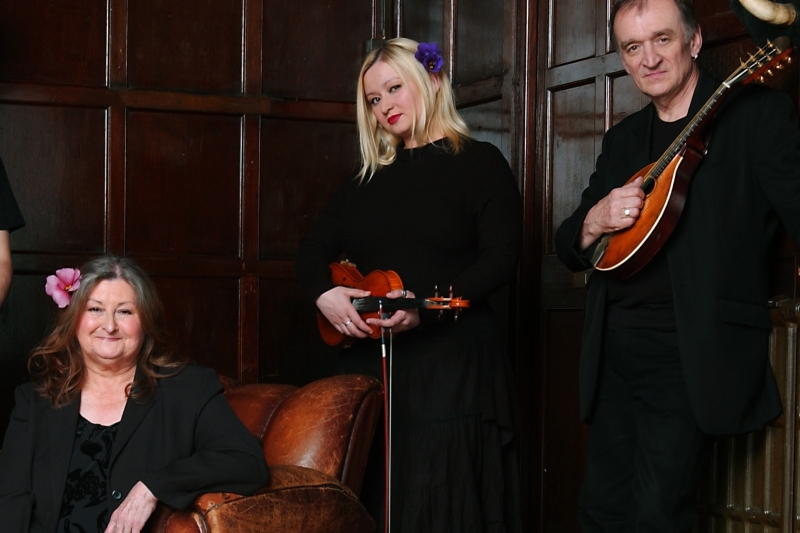 Waterson:Carthy are indeed the spirit of folk music - past, present and future'
- The Morning Star

' There is a special magic when the clan (Waterson:Carthy) pools its resources. The effect is sensational'
-The Times

What else can you say? The legendary first family of English folk - Martin Carthy, Norma Waterson and Eliza Carthy - conclude their Spring UK tour here before wending their way back over the moors to Robin Hood's Bay.

"Waterson Carthy contain the two godparents of modern folk, namely Norma Waterson and Martin Carthy. Between them they have performed literally hundreds of different songs and tunes. Like the best folk clubs, they have survived so long because they know how to adapt. Whilst some artists, and clubs, have floundered because nothing changed, Waterson Carthy, in their various guises survive because they do.
True, traditional songs remain at the heart of their repertoire, but then so do contemporary songs. Both continue to push away at the edges so that they can bring something new into the genre. This success can be measured by Norma’s Mercury nomination and Martin’s MBE awarded for services to folk music, the first of it’s kind.

Both Martin and Norma are passionate about music, not just their own all music. That said if you really want to see their eyes light up then it’s for talk about folk music. Both have been asked the same questions time and time again, both are still willing to answer those questions for a new generation of listeners.

With so many songs under their collective belts, it’s no wonder that their memories seem to be in tip top shape. Hundreds of gigs have led to thousands of anecdotes about people still on the circuit and those long departed.

It’s possible to argue that there are now two folk traditions in this country. One represented by Cambridge, the other by Sidmouth or Towersey. Waterson Carthy are one of the bridges that continues to link the two together.