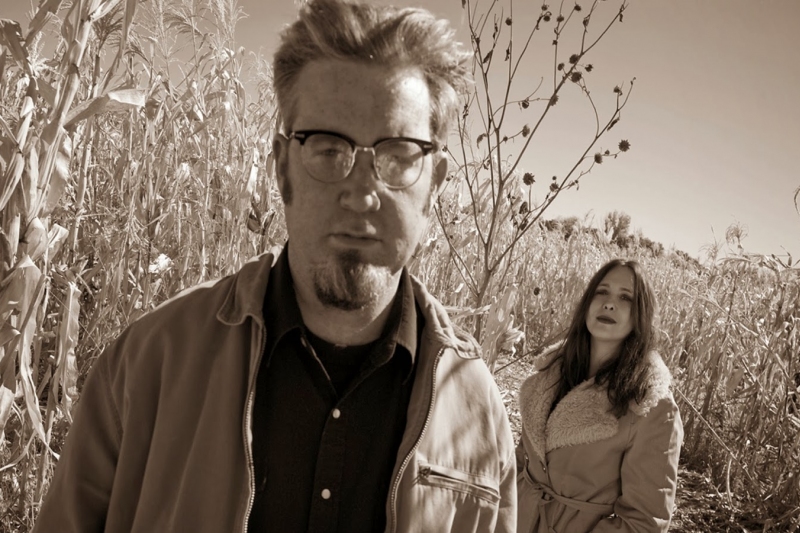 Alt.country's WHITE STRIPES - described by Greil Marcus as 'THE BEATLES of the folk world' - return to the venue they were born to play for a record-breaking fourth show. With new album HONEY MOON to tour we just could not say no to this amazing band from Albuquerque, New Mexico...

"This is music that moves forward by turning the clock back...haunting, primal and strangely heroic."
(THE TIMES)

"As songwriters it's the eerie, ancestral voice of 'Anonymous' they ultimately resemble the most..."
(THE CHICAGO READER)

THE HANDSOME FAMILY is Albuquerque, New Mexico, husband-and-wife collaboration Brett Sparks (music) and Rennie Sparks (lyrics).
Over the last ten years, Brett and Rennie have recorded a series of classic albums which have established them as one of America's finest songwriting partnerships - and seen them hailed as 'country music's answer to the White Stripes' and by Greil Marcus as 'the Beatles of the folk world.' Until a few years the Sparks were a well kept secret - but a punishing tour schedule and word of mouth recommendations have resulted in sell-out concerts across the globe, extensive coverage in the national press, the patronage of RINGO STARR on USA chat shows, and high profile appearances on top rated BBC TV and radio shows, including Later With Jools Holland.

The Handsome Family have appeared in the movie I'm Your Man (2005), a tribute to LEONARD COHEN, as well as JIM WHITE's Searching for the Wrong-Eyed Jesus (2004) - an award-winning Deep South travelogue that found Brett and Rennie discussing the meaning of faith in the back of a car, and performing When That Helicopter Comes in the middle of a swamp.

In 2004, a reader's poll in MOJO named The Handsome Family's third CD Through the Trees one of the ten essential Americana records. Their songs have been covered by many artists, most notably CERYS MATTHEWS (Weightless Again - Cockahoop) and CHRISTY MOORE (So Much Wine/Peace In The Valley - Burning Times), as well as ANDREW BIRD, THE SADIES and SALLY TIMMS. Andrew Bird's version of their song "Don't Be Scared" was recently featured in the movie The Promotion.

In addition the band joined the likes of NICK CAVE, RUFUS WAINWRIGHT and LINDA THOMPSON for Hal Willner's Came So Far For Beauty - a musical celebration of the songs of LEONARD COHEN.

Their eighth CD HONEY MOON (released April 2009) was written in celebration of their twentieth year of marriage.

Honey Moon takes place under bowed branches and deep within winding corn mazes. Lovers kiss in dripping wet caves and call to each other from trembling mountain peaks. They sigh on windy drawbridges and weep silver puddles in the street. Musically, the Brother duos of country (Delmore, Louvin, Monroe, Stanley, Everly) are always a big influence on Brett's use of harmony (as can be heard on Honey Moon's "When you Whispered"). In writing the songs for Honey Moon African-American vocal groups like the Mills Brothers, The Inkspots and the Platters became a primary motivating force. Several songs on Honey Moon ("The Loneliness of Magnets" and "Linger, Let Me Linger" for example) explore the romanticism of Tin Pan Alley. There's also the spirit of Al Green in "My Friend." Brett was reading the book "The Beatles as Musicians" by Walter Everett while recording this new record and it proved to be a huge musical and recording/engineering inspiration.

The Handsome Family's seventh CD "Last Days of Wonder'" (June 2006) was one of Mojo's top ten American Albums for 2006 and hailed as "an unqualified triumph" by Uncut. Of their sixth CD, Singing Bones, The Independent wrote: "Rarely, even in the fatalistic world of country music, has the precarious mystery of mortality been captured with such poetic grace as on Singing Bones."

The Handsome Family record all their songs in a converted garage studio at the back of their Albuquerque house. In live performances they sometimes go out up to a six-piece band and sometimes it's just Brett and Rennie. They have toured extensively throughout the USA, Canada, Europe, Australia and New Zealand.