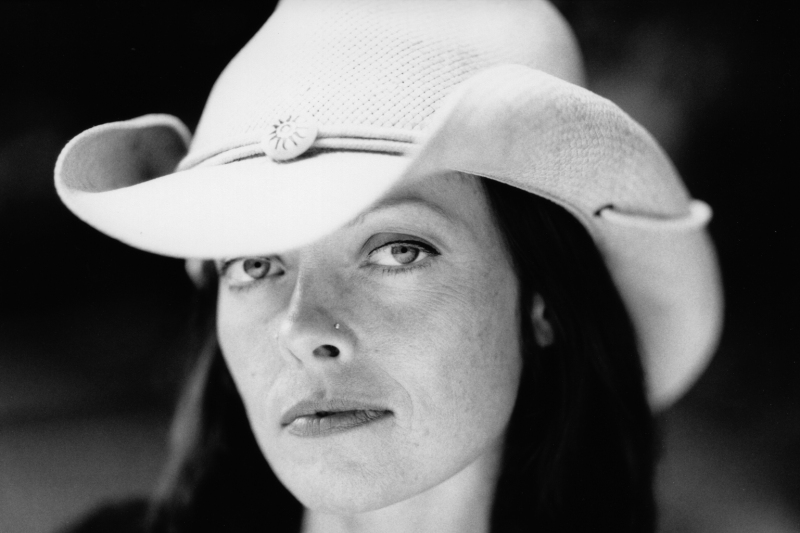 "a brilliant debut, 5 Stars" - and now put forward for the first stages of a Grammy nomination 2007. "humble songs that ain't got no fancy words."

This show is very highly recommended - Rachel has just been asked to put her new album forward for a Grammy, which also received a 4 star review by Maverick this week.

Already a contender for 2007 album of the year, The Bootlegger's Daughter is a top drawer Americana debut from Seattle's Rachel Harrington.

There are country gospel tones in the quietly understated musicianship, and Harrington's lyrics are literate and heartbreaking in equal measure. Other than a reading of Laura Veirs' Up The River and a take on John Hurt's Louis Collins, the songs are all from the pen of Rachel herself, and her exquisite and timeless lyrics evoke a genuine feel of the heritage of this form of music. An astonishing feat for a songwriter so young.

Rachel Harrington has opened for luminaries such as Shawn Colvin and Todd Snider, and she is gaining national airplay alongside a lot of support from European stations, including the BBC where she comes with the highest of recommendations from the legendary Bob Harris.

She is joined by multi-instrumentalist Zak Borden on vocals, mandolin, guitar and various other weapons of mass destruction. A solid songwriter in his own right, Zak has toured extensively throughout the US and UK having worked with, among many others, Casey Neill, The Watson Twins, and his platinum selling cousin Willy Mason.

Zak Borden is a picker, songwriter and singer of American roots music. He has clocked tens of thousands of road miles in the US and Europe and worked with leading purveyors of traditional and contemporary acoustic music.

His deep passion as a backing musician has served as a rock solid foundation for his work as songwriter and frontman. On the strength of his own material, he steps to center stage. His songs are the lonesome, longing kind...the sort that comes from the fertile ground somewhere between homesteading and highway travel. Zak's voice dips from high tenor to a rich low baritone and is driven by a dynamic guitar style.

Zak was born amidst the folk music scare in Cambridge, Mass where he was exposed to all kinds of roots music. His uncle played in New Mexico's Last Mile Ramblers (with Junior Brown). His sister plays banjo, a cousin that tours the world rockin', His grandfather built guitars and fiddles and his songwriting aunt worked and played at the renowned Longview Recording Studios. But things became critical at 16, when one midnight in July he witnessed two members of Bill Monroe's Blue Grass Boys playing on the street....in other words...Zak had no choice.