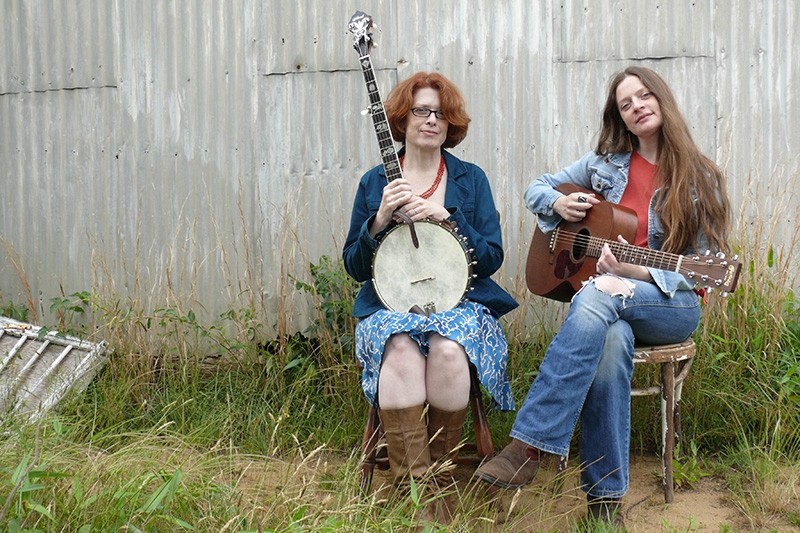 There’s a rare intimacy in Meg Baird’s music. She shares secrets, she breaks your heart, she tells you how to fix it. Her second album Seasons On Earth is a beautiful, moody masterpiece of understatement—part wanderer, part flower, part assassin—moving stealthily from light to shadow and back again.

Long-based in Philadelphia, Meg became involved in a vibrant music community forged by outfits such as Siltbreeze Records, Bardo Pond and a network of low-to-the-ground artist collaboratives. In the early years of the last decade—along with Greg Weeks and Brooke Sietinsons – Meg help found the band Espers. The group—one of the most cryptic, inventive and adored bands among an eclectic peer group, released four records to widespread critical acclaim. Meg Baird’s ethereal vocals, guitar arrangements, and songwriting contributions were cornerstones of the Espers’ cooperative sound.

Meg Baird’s influences run deep and wide, and a unique style was revealed in the astonishing 2007 solo debut, Dear Companion. The melancholy and nuanced acoustic LP found Meg compared to folk icons like Sandy Denny and Pentangle’s Jacqui McShee. And in creating a project that nearly played as a love letter to record collectors, she re-interpreted songs by Chris Thompson , Fraser & Debolt and Jimmy Webb among others. The covers were sparse and hauntingly heartfelt, but the album’s original compositions were as strong as any from the 1970s singer-songwriter era. Dear Companion was a complex look at love, betrayal, and isolation. And the work garnered the attention of folk heavyweights and contemporaries alike—she opened for Bert Jansch and Michael Chapman, and contributed to recordings by Will Oldham (Ask Forgiveness, 2007), Sharon Van Etten (Epic, 2010) and Kurt Vile (Smoke Ring for My Halo, 2011).

Seasons On Earth reverses Dear Companion’s ratio of covers to originals. There are only two previously-recorded songs here — Mark-Almond Band’s “Friends” and The House of Love’s “Beatles and the Stones,” — both taken to the darkest edges of their emotional depth. The originals, however are revelatory — at once stark and enveloping — crafted in a style honed over the past four years by Meg that hooks you with a hushed and mysterious intimacy and welcomes the listener with a sense of empathy and gorgeous plainspoken poetry.

Meg’s guitar technique has become more refined and wide-ranging in the years since Dear Companion. Her approach is neither contrived nor formal, but steadfastly human-scaled — a melodic, dynamic, grounded and propulsive counterpoint to her alternately soaring and tender vocals. It’s as if her relationship with the guitar has settled into a partnership — speaking soliloquies when her own voice rests.

Meg Baird describes Seasons On Earth as “a record about resilience”. And the echoes of a tough past inform Seasons On Earth. But so too, does the kind of strength and hazy hope gained by hanging in there, and believing in love. The final track “Song for Next Summer” leaves the record at cozy and domestic departure from the albums earlier unease. With a stunningly natural guitar and harp duet, it ends in flashback timing at a new beginning with “the words that come first are the best to offer up.” Thanks for showing us all the way back to the safe house, Meg.

Meg Writes:   "I funnelled years of childhood piano lessons and a musical family upbringing into self-taught guitar playing and singing. I have been playing music with my sister Laura for as long as I can remember. By the time I was high school aged, she had a four track recorder, multi-instruments, an effects processor and Fender Broadcaster she let me fall in love with playing (sorry, this guitar is long gone, I hope whoever has it really loves it). We became named “the Baird Sisters” by way of needing identification on a show poster, for some reason this name has stuck well with us. We hope to enjoy a period of playing and recording later this year, in addition to 50 or more years from now. We became introduced to a lot of traditional material via Smithsonian Archives LP’s, so we must have been relatively primed for and had a natural gravitational attraction to a lot of this if we were interested in writing to agencies associated with the Federal Government.

I am one of founding members and primary songwriters in Espers. I was suggested to, then recruited by Brooke based on the Baird Sisters work, and for a general reputation for being “folky” (not really a compliment from the peers who connected us). It isn’t untrue that once together we spent a great deal of time in candlelight over wooden floors listening for breaks from city noise to hit record again. A very interesting part of our collaboration is writing and producing these songs that sound detached from individualistic songwriting. They came also from innate and personal understanding of scales and modes we didn’t know the names and theory of, of feeling confident enough to rely on the strength of “wavelength” “mutual reference points” and “feeling.” We have some of our most fun in the studio when everyone gets to feel a bit like painters or filmmakers, or projectionists. We all have pretty fantastic imaginations which was a good way around some of the verbal illiteracy, not knowing the names of things and finding them anyone can feel like magic. I always learn a great deal with these guys."