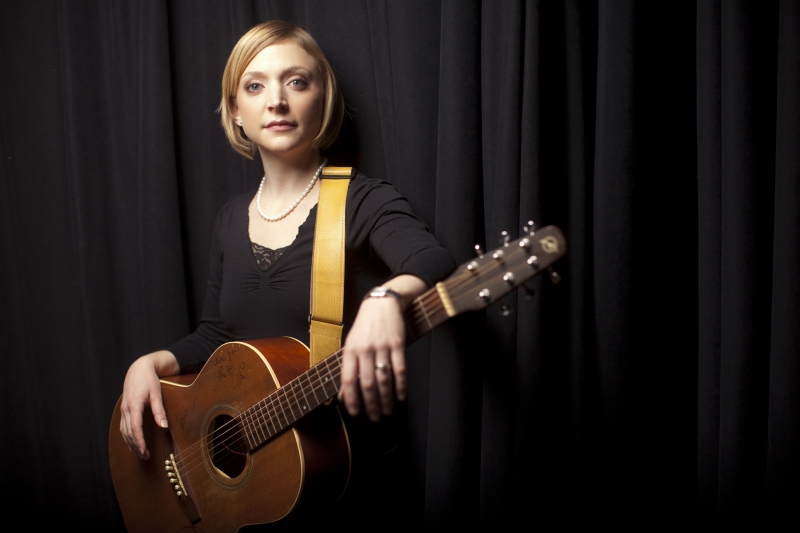 This show is great timing for us because it falls on August Bank Holiday Sunday, the day before the celebrated FARNDALE SHOW, which we can heartily recommend to any music fans who fancy making a weekend of it. This year's show is the 102nd... We first heard of Eilen on a CD compiled by The Word magazine, thought hers was the standout track - and went in pursuit of her posthaste.

Once in a great while, you put on a CD by an artist you’ve never heard of before and time stops. The voice is new, yet timeless. The lyrics are original yet feel immediately familiar, lived-in, knowing. And the melodies — expertly performed by a first-rate band — carry an easy, memorable groove.

This is the story of Eilen (rhymes with feelin’) Jewell. It started after her 2005 self-released debut, Boundary Country, made its way into club-owners’ hands, onto a handful of radio shows and around the press circles of Boston, her current home base. Reaction to Eilen’s music was swift. Many compared her talents to those of Lucinda Williams, Gillian Welch and June Carter Cash. The Boston Globe said, “The slow organic sway of her melodies, and the sensual way she rubs against the low end of her register, will remind some of Gillian Welch. Also like Welch, her writing is both intimate and vivid, classically framed and closely observed.” Summer 2007 brought Jewell’s first national release, Letters From Sinners & Strangers, recorded at the Signature Sounds studio in Pomfret, Connecticut one snowy week in March. The album reached the Top 10 on the Americana weekly radio chart in addition to being listed on many critics' "best of" lists for 2007. LFS&S continues to receive critical acclaim from around the world.

NO DEPRESSION: No Depression: Jewell is showing she can wander with the best of them, and write riveting song-stories about her adventures along the way.

LA DAILY NEWS: Sometimes as darkly damaged as Lucinda Williams, at others as defiant and teasing as prime Peggy Lee and always authentically Americana in the Gillian Welch tradition, Jewell knows just how much emotion to give - and, crucially, to hold back - in the lyrics. She's mighty good.

WASHINGTON POST: With her knack for giving older songs a traditional feel with modern flair, Eilen Jewell is bound to draw comparisons to Laura Cantrell -- and the vocal similarities will only add to that association.

PHILADELPHIA INQUIRER: On her song "In the End," Jewell conveys a plaintive world-weariness that very much recalls Lucinda Williams. That old-soul quality pervades the rest of the 27-year-old singer and songwriter's national debut; but the way she insinuates herself into classic country, folk and blues styles is very much her own, and makes this insistently low-key performer one of the freshest and most exciting new voices in Americana.

SEATTLE POST-INTELLIGENCER: "Letters from Sinners and Strangers" is Jewell's first national release, not that she ever lets on. The singer-songwriter possesses a calmly assured delivery that recalls Lucinda Williams and a love for vintage blues and country that evokes Gillian Welch.

CHICAGO PIONEER PRESS: "Letters" is stunning and original, a discovery well worth seeking out.

ROCHESTER DEMOCRAT: Jewell has a languid, world-weary delivery and a deep Hank Williams pocket of songs that seem like timeless classics already."

GLENS FALLS POST-STAR: Blessed with a pure, pliant voice, solid song craft and with a killer combo behind her, Jewell is destined to make waves.

BILLINGS GAZETTE: The 27-year-old Boise-born, Boston-based Jewell follows up her 2006 "Boundary County" debut with a doozy of an album, a swinging blend of mountain music, folk, jazz, country and whatever else moves you.

TIMES OF ACADIANA: Jewell seem[s], on the evidence of these songs, to be gunning for an opening slot on the Never-Ending Tour. Not only does her signature sound consist of the sepia-tinted blues, shuffles and gypsy jazz of which Dylan is enamored, but her gender-role-reversing persona would make her an ideal Joan Baez-like foil for the 21st-century Dylan stage.