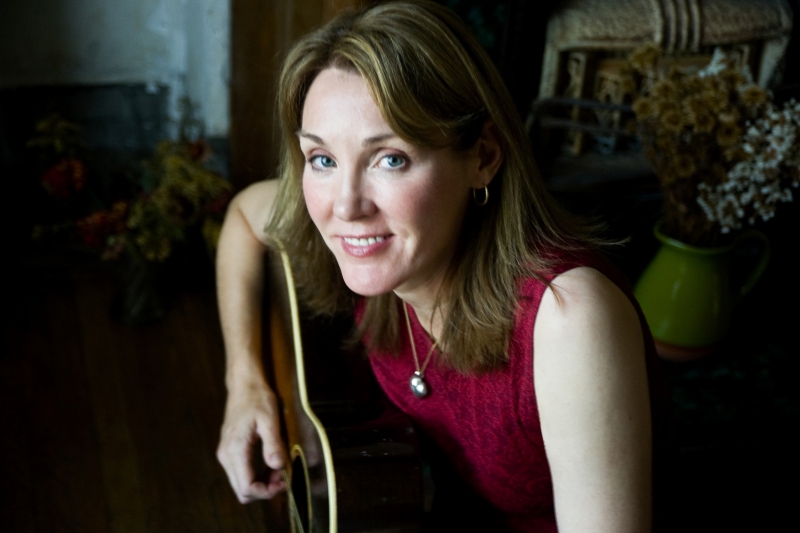 The missing link between IRIS DEMENT and GILLIAN WELCH.

Accompanied here by Beau Stapleton - one of the top young musicians in Nashville - Jones has been receiving rapturous acclaim for her debut album My Remembrance of You - legendary BBC DJ BOB HARRIS called it 'an absolute gem' while the CHICAGO TRIBUNE named it No.1 Country Album of the Year, 2006.

This is an exclusive chance to see Jones play one of only three debut UK tour shows before she moves to the bigger stages of several prestigious European and US country, folk and bluegrass festivals - which have been falling over themselves to sign her up.

She arrives here via the Blue Highways Festival in Utrecht (April 21) before heading for the Wildflower Festival in Richardson, Texas (May 20), the CAMBRIDGE FOLK FESTIVAL in England (July 28) and the NEWPORT FOLK FESTIVAL on Rhode Island (August 5).

"The last time I remember being this excited by a collection of songs by a new artist was the first time I heard the opening lines of Iris Dement's 1992 release, Infamous Angel." MW-Sing Out! 2006

"A resonant vintage folk/bluegrass bender, My Remembrance haunts with it's tales... of the human spirit. Her voice sounds like the smoke from a hand rolled cigarette... It's old-time, perhaps even out-of-time, and it draws you in with it's musky, dusky tone and emotional nuances that glow like dying coals." Holly Gleason, No Depression

Her album has spent months on the Folk Music Radio Airplay Chart, including the #1 most-played song. It also charted on the Euro-Americana Chart, where it debuted at #3, just behind the Guy Clark and Johnny Cash albums. Her fans were treated to more good news in 2006 when she was named a Kerrville New Folk winner, the most prestigious award in the singer-songwriter world. Previous Kerrville competitors include Nanci Griffith, Lyle Lovett and Steve Earle.

Adopted as an infant and raised in New York, Diana left home at the age of 15 in search of her roots. Unlike her friends, Diana was attracted to the music of Johnny Cash and Patsy Cline, as well as contemporary artists Emmylou Harris and Dolly Parton. It wasn't’t until she was reunited with her birth family and the music of the Eastern Tennessee hills some years later, that she discovered why that music had always moved her.

Diana honed her songwriting and performing skills in the fertile Austin music scene where she released her first recording, "Imagine Me". The critical acclaim and grass roots following that sprung up around this release caught the interest of Hamstien Publishing and Diana signed a deal to record her second record, "The One That Got Away".

Diana returned to the northeast seeking time to heal from the loss of her beloved grandfather, Robert Lee Maranville, who as a young man performed with Chet Atkins among others. The isolation led Diana to write from a deeper place, and after some serious wood shedding, she emerged with some of the most honest songs of her life.

We're going to try something a bit different tonight and introduce you to the prodigiously-talented ISAAC COLLIER whom we think could have a big future as a classical cellist. To be sure, we are biased...Isaac, 18, lives in Farndale and we'd probably have asked him to grace our stage one day if he had only a fraction of the talent he does. But we've seen him play in other local venues - sometimes in front of people who've never been to a concert in their lives - and, ahead of the thunderous applause, you could have heard a pin drop. Isaac is really that good. We're almost tempted to mention him in the same breath as JACQUELINE DU PRE... or to suggest that, one day, when he takes the stage at the Royal Albert Hall, you will be able to tell your friends you once saw him in a village hall on the North York Moors (and they won't believe you)...or to fantasise about DIANA JONES whisking him away to Nashville to play on her next album. But we won't, just yet. We'll let you make your own mind up..