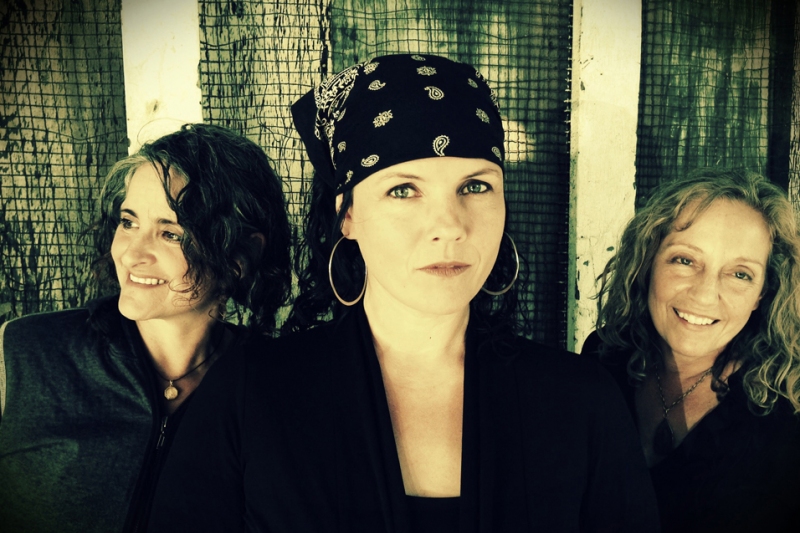 There's magic in Corinne West's voice. It aches and breaks. It soars. It's clear, penetrating and washed in emotion. When she wraps that voice around songs as sublime as those on her latest CD, Second Sight, she's spellbinding. That's because she's unlocked the secret that so many singers spend entire careers looking for and never find.   It's right there on Second Sight. It's in every note and lyric. But most important, it's there in West's voice. What's the secret? Great singers are great communicators and every note sung can be a complete story in itself.   She knows giving listeners an unfettered glimpse into the raw and wild places of the soul is part of her job requirement. So she sings the story of life unfolding- sometimes brutal, sometimes beautiful, but always honest.

"I got tired of democratic bands always blowing up," she says. "Everyone has a different vision of what they want. It's like being in the kitchen with three other people and one wants Mexican, one sushi, and one Cajun. Sometimes all you end up with is a big mess and a stomachache. I got to the point where I didn't want to be in another situation where everything stopped before it got off the ground, so I started writing and performing my own material."   Choosing that path led to an explosion of creativity. She honed her craft and developed her own signature sound. It was a heady mix with the intensity of rock, the sincerity of country, the storytelling of bluegrass, and the wide-openness of Americana.   Corinne soon had enough songs for an album and began recording what would become her debut CD, Bound For The Living. Put together on a shoestring budget over the course of months, the album made West a rising star on the acoustic music scene.   She toured relentlessly and won rave reviews from Maverick, Relix, and SingOut!, among others. She also was named a finalist in the prestigious Kerrville Folk Festival songwriting competition. That, in turn, launched her onto the national festival circuit.   The other side of the Atlantic fell in love with her music when BBC legend Bob Harris began featuring her on his radio show. That led to a tour of England and Ireland in early 2007.   Her travels and the response from Bound inspired a new batch of songs and new level of confidence in her music. Always willing to stretch her artistic boundaries, she brought producer Mike Marshall on board for her second album. Marshall is an acoustic music legend having collaborated with such icons as David Grisman, Mark O'Connor, Bela Fleck, and Edgar Meyer. It was exhilarating working with an outside producer after self-producing her debut record.

"For the second straight time, Corinne West has landed on our best-of-the-year lists at Jefferson Public Radio. Second Sight continues to place her among the most masterful Americana singers and songwriters, and the stellar cast of musicians surrounding her support her elegant work with absolute grace. Indeed, one of the best albums of the year." ~ Eric Alan, Music Director, Jefferson Public Radio

"...She writes great songs, plays with top flight musicians, sports a killer voice... There is not a bad song on the CD. With this much talent and drive, I imagaine Corinne West will be an important artist on the music scene for some time." ~ Americana Roots.com

"Wow, what a voice!! Vocals like this one come around only once in a blue moon, crisp, clear, refreshing, like a fall breeze. "  ~ Jeff Rusch, Music Director, KNTI

Performances: Walter is an enchanting performer whether he's on-stage alone or sharing it with other top-notch musicians. He is available for solo and ensemble performances, as well as private events and lessons.

For more than 15 years, Walter has performed as an ensemble musician at concert venues, theaters and festivals throughout the United States, Canada and Ireland, including the Kennedy Center, The Bottom Line, United Nations, St. Louis' historic Sheldon Theater, The Lobby in Cork, Ireland, Kerrville Folk Festival and others. He has toured extensively with Rounder Records' eclectic folksters The Burns Sisters Band, performs in a duo with Malian kora master Mamadou Diabate, and has shared the stage with numerous musicians, such as: fiddle legend Vassar Clements, Celtic guitar wizard Martin Simpson, jazz cellist Hank Roberts, and blues harp man James Montgomery, among others