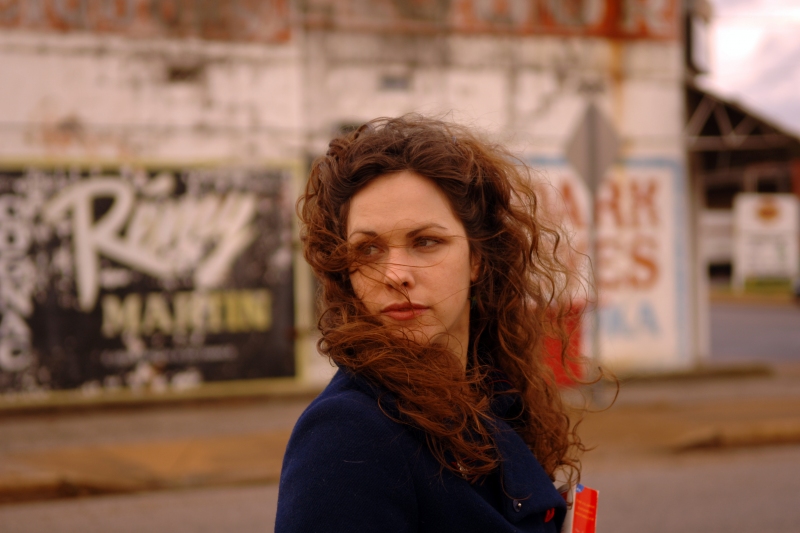 Who is she? A country-soul belle from Memphis with her own take on classic Americana. She will appeal to Norah Jones fans and anyone who loves ROBERT PLANT'S and ALISON KRAUSS'S Raising Sand.

Why the fuss? Amy's new album Anchors & Anvils, is picking up plaudits in the US. A smart and sexy blend of self-penned originals and well-chosen covers such as BOB DYLAN'S I'll Remember You, it came out last year on American independent label Archer Records and gets a UK release this summer. Like Aristazabal Hawkes, of The Guillemots, LaVere also plays the double bass...

What's the story? Born in a small town on the border between Texas and Louisiana, 25-year-old Amy spent time in Detroit and Nashville before moving to Memphis in the Nineties. She fronted a teenage punk band, Last Minute, before developing her seductive mix of sultry country and playful, funky soul.

And then? Despite a burgeoning acting career that saw her land cameo roles in the JOHNNY CASH biopic Walk The Line and Black Snake Moan, music is Amy's first love. Amy's debut album is titled "The World Is Not My Home" in 2006, which featured Jim Dickinson, who has played with Bob Dylan, The Rolling Stones, and others.

What does she sing about? "The songs are all about relationships, but that was never a conscious thing," says Amy. "I like my songs to be theatrical. I want people to be lifted out of the moment and taken on a journey."

And now? Amy, who made a low-key UK live debut earlier this year, is back to launch the British release of Anchors & Anvils. "There are some artists who can get away with being different," she says. "I'd like to think I can be one of them."

The US has gone overboard for Amy. Critics there said:

"LaVere is flawless...her voice, equal parts Dolly Parton, Billie Holiday, Liz Phair and Shirley Temple is a stunningly sensual instrument..LaVere also happens to be an ace upright bassist, capable of triple slapping in the style of WILLIE DIXON...This is the future folks: get on board while you can still say 'I told you so.'"
(David Meade/American Songwriter)

"The riveting opener 'Killing Him' gets right all the keen, human details of a love turned toward darkness...LaVere's voice...is supple and youthful, with unaffected traces of Billie Holliday...When she closes with a smart, unstrained version of Dylan's 'I'll Remember You', it's like hearing the song for the first, even finest time."
(Roy Kasten/No Depression)

"If there's one thing that Amy LaVere knows..it's wistfulness; her languid voice drips with the stuff. As a singer in her own eclectic style Amy LaVere uses Anchors and Anvils to establish herself as a slyboots: a throwback to pre-rock styles who nonetheless fits right in..."
(Ken Tucker/NPR's "Fresh Air")

"She's smart and sweet, something like this doesn't come along every day."
(Bob Strauss/Los Angeles Daily News)

"LaVere''s ability to hone in on her characters gives her music universal appeal. Her lyrics resonate with a hard-won truth...her songs resemble accomplished works of fiction. From the moment she starts playing..the audience is utterly hers."
(Jim Ruland/Oxford American)

"LaVere is one of the most original and freshest voices in any music scene in a long time and you should be prepared to be amazed, enthralled and woozy from her performance."
(Jerome Spencer/Portfolio Weekly)

"She has a seductive charm, a propulsive upright bass and a gift for noirish storytelling that's impossible to overlook..."
(Mike Joyce/Washington Post)