Stick In The Wheel 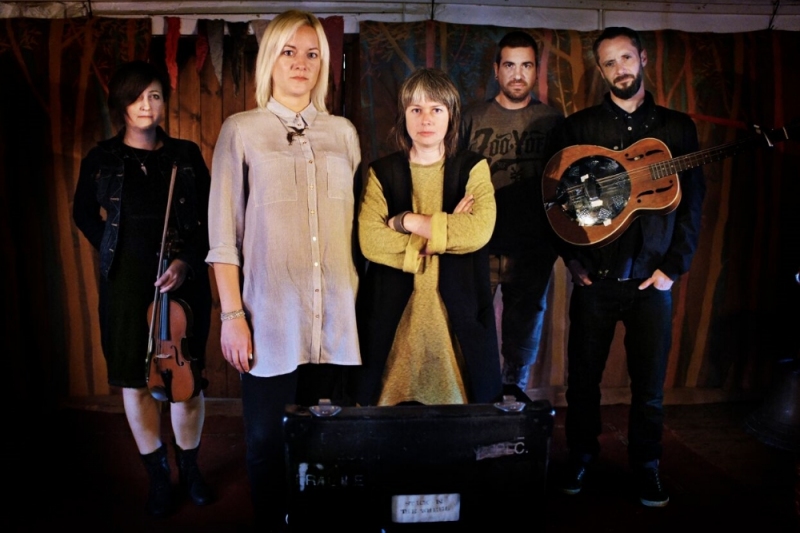 If this incendiary live band isn't the hottest new band in Folk we don't know what is. We wanted to see 'the band that makes Mumford & Sons sound like Roger Whittaker' at Whitby Rifle Club in September but couldn't make it...so invited them to our place, the North York Moors venue known as 'the greatest small venue on Earth' aka 'the shed that rocks.'

Winners of awards too numerous to mention, Stick In The Wheel are Folk revivalists with punk attitude, their debut album From Here receiving 4-star reviews in MOJO, The Guardian, The Observer, Record Collector, R2 Magazine and Songlines.

Robin Denselow of The Guardian said of this Folk classic:

Great folk songs survive because they tell strong stories that are relevant to different generations, and Stick in the Wheel mix revivalism with folk-punk attack: this is an acoustic band with attitude. Lead singer Nicola Kearey is from London’s East End and sings in a harsh, no-nonsense accent, and carefully chooses her material. Ewan MacColl’s Champion at Keeping Them Rolling was written in the 1950s, but here it sounds like a contemporary truckers’ ballad, while The Blacksmith has none of the exquisite sadness of the classic Shirley Collins version, but instead a furious anger at this story of betrayal. Then there’s the Copper Family’s story of unemployment and poverty, Hard Times of Old England, followed by the new Me N Becky, a story of London riots, looting, remorse and jail. At the end they break off for some drifting musical experimentation. A powerful and original debut.

“A shot in the arm for contemporary folk music.” (The Independent)

“A triumph” (The Observer)

“A record of real vitality, Stick In The Wheel rip apart the preconceptions surrounding folk music and retrieve the tender, beating heart at the centre of so much traditional culture.” (Clash)

“One of the big names to emerge in the past year.”  (Mark Radcliffe)

“Their delivery has an energy that is raw, primal and uplifting, and moves at a fair rousing pace. They are nothing short of brilliant.” (Folk Radio UK)