The Art of Spontaneous Combustion 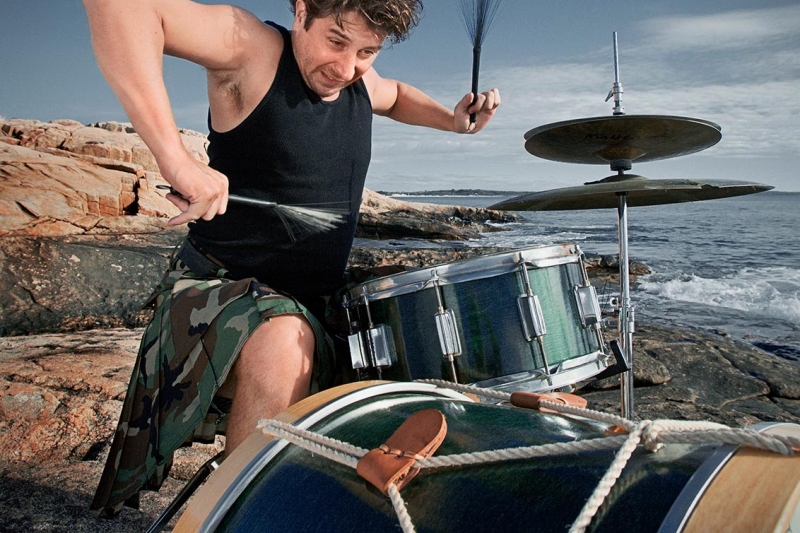 And now for something completely different...Tonight Jazz meets Rock meets Classical when one of the greatest drummers in the world, the impossibly inventive New Yorker Sean Noonan, climaxes a nine-country European tour with a grand finale at The Band Room. Noonan - the missing link between KEITH MOON, BUDDY RICH and JOHN BONHAM – defies belief. He’s played with original CAN vocalist MALCOLM MOONEY, US jazz guitarist MARC RIBOT (Robert Plant & Alison Krauss, Elvis Costello, Tom Waits, John Zorn) legendary free jazz bassist (and ORNETTE COLEMAN sideman) JAMAALADEEN TACUMA, Malian virtuoso ABDOULAYE DIABATE and keyboard wizard MATTHEW BOURNE, his latest album described by Critical Jazz as “a dynamic and virtually faultless execution of art at an apex of creativity,” while Lucid Culture called it “a category unto itself - and one of the best albums of the year in any style of music.” Tonight the Irish-American griot with the Samuel Beckett tendency will be conducting the Polish GAMBLER’S HAND STRING QUARTET…with his drumsticks.