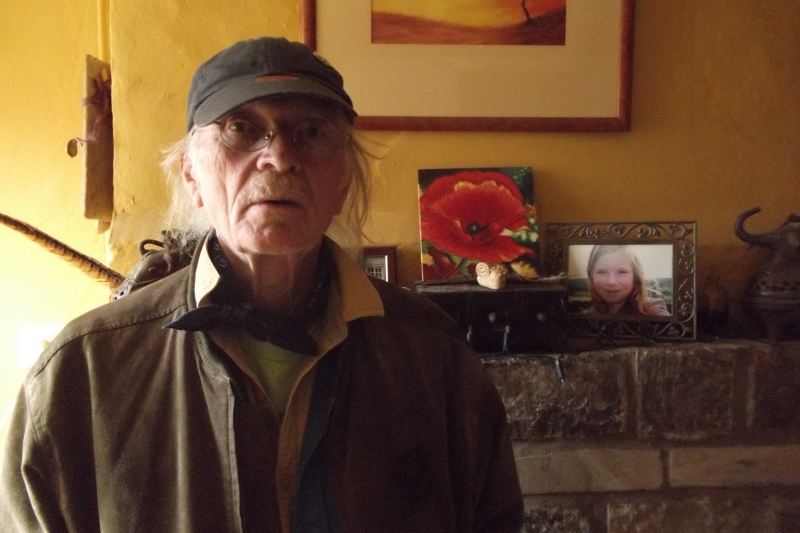 This could be the last time, maybe the last time, I don't know, that Outsider Folk legend Michael Hurley plays The Band Room - and this time the US National Treasure will draw level with The Handsome Family on FIVE record-breaking shows apiece at the North York Moors venue Brett Sparks of the Handsomes very generously once called ‘The Greatest Small Venue on Earth.

Michael Hurley grew up in Bucks County, Pennsylvania. As a teenager in the 1950s he fell in love hearing the music of Fats Domino, The Everly Brothers and Bo Diddley blast from the radio, and was enthralled by the records of Blind Willie McTell, Hank Williams and Uncle Dave Macon that he sought for his own. This love for music, true and unvarnished, supplied him with a finely tuned musical compass he has not wavered from for 50 years and counting.

Hurley's music sounds old, like it has always existed, and simultaneously singular, like something you've never heard anyone else play quite like that before. This timeless quality ensures that Hurley's audience constantly renews itself. From the the beatniks in the NYC Village where he started in the early 60s, to the hippies in Vermont, to the Americana fans, indie rockers and freak folkers from the last two decades, Michael's music never fails to find fresh new ears. Pressed for a description, Hurley has called it "jazz-hyped blues and country and western music".

Hurley's early records were released on Folkways, Warner Brothers/Raccoon, and Rounder, while in recent years stalwart independent labels like Gnomonsong and Mississippi have been carrying the torch. The great news is that there is no stopping Michael Hurley. An album with brand new recordings, Bad Mr. Mike, was released on the Mississippi label in 2016, plus another LP with archival 70s material came out on Feeding Tube Records in 2017. Besides being a truly unique musician, Hurley is also a cartoonist and watercolor artist of note — the instantly recognizable results of which grace his album covers.

Hurley resides on the US west coast near Portland, Oregon. His appearances on the British Isles have been scarce the last decade. Old and new fans should not pass up the rare opportunity to catch Michael in action.

WHAT SOME FOLKS HAVE SAID ABOUT MICHAEL HURLEY:

"Undoubtedly one of this country's greatest folk singers, Hurley has little in common with the majority of today's folk performers. While they seem bent on demonstrating that all people are alike, such a suffocating presumption has no place in this man's work. Michael Hurley is nothing like his potential audience. What better reason to hear what he has to say?" - Chuck Cuminale

"...I don’t know what else to say about what he writes and sings, other than that it is gosh-darned great. What kind of music is it? Hell, what kind of weeds does God grow? Let's just shut up and listen and go to where Michael Hurley is. After all, we can always turn around and come back. He can't." - Nick Tosches