Anna Coogan & Willie B + The Nightjar 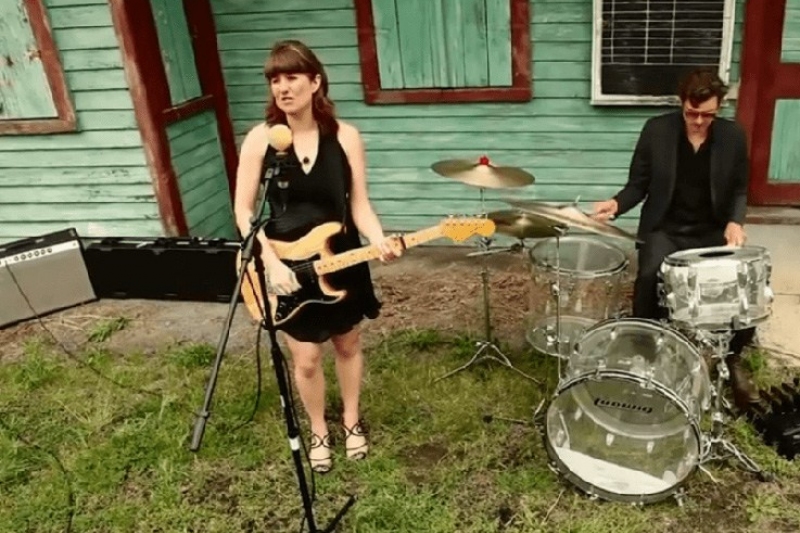 Anna Coogan brought the house down when she played here with Johnny Dowd & Michael Edmondson in October 2016 and easily deserved her invitation to return tonight in a collaboration with one of New York State’s finest drummers, Brian Wilson aka Willie B, who has previously worked with Neko Case and Jamie Lidell, as well as Dowd.

Boston-born Coogan, surely one of the best – certainly the sassiest - female electric guitarists in the US, has enjoyed a colourful life to date. Brought up listening to Phil Ochs, Bob Dylan and Giacomo Puccini, she trained as an opera singer at the Mozarteum University of Salzburg before working as a Limnologist (look it up!) in Washington State and Alaska, and busked in Seattle before moving to her current home in Ithaca, New York.

She has, on a number of occasions, worked with legendary Alt-Country producer JD Foster, who has in turn worked with Lucinda Williams, Calexico, Patty Griffin, Ronnie Lane and Richard Buckner - a measure of the high regard in which Foster holds her. Since 2010 she has performed regularly with Italian electric guitarist Daniele Fiaschi and contributed vocals to several tracks on Johnny Dowd’s critically-acclaimed 2015 album That's Your Wife on the Back of My Horse.